FastFox is a text expansion tool that makes repetitive typing an easier task. This app can replace text as you type. It is very useful if you find yourself typing the same text over and over again. Instead of copying and pasting, you can create shortcuts that will be replaced by any text you want.

In my testing, I found that the application works rather well, but there was a problem. In all my shortcuts, a space was added in the beginning. I wasn't able to fix this. Although it might not sound like a big deal, constantly having to be erasing spaces defies the purpose of the app. Also, although I read on the website that this can create formatted text, I didn't see the option anywhere. Also, I didn't figure out how to use shortcuts to add images.

Other than those problems, I found the app to be responsive and I like that it plays a sound when it finds a shortcut. 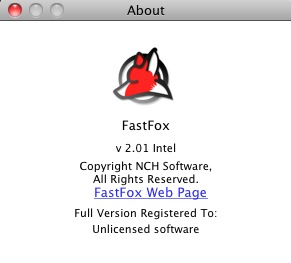 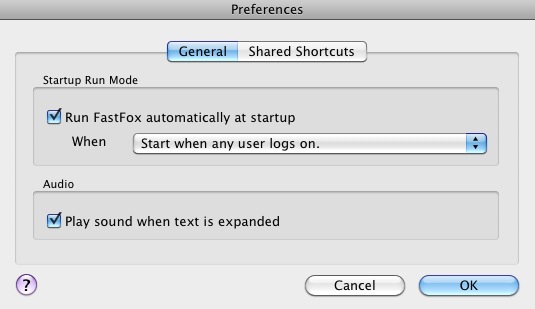 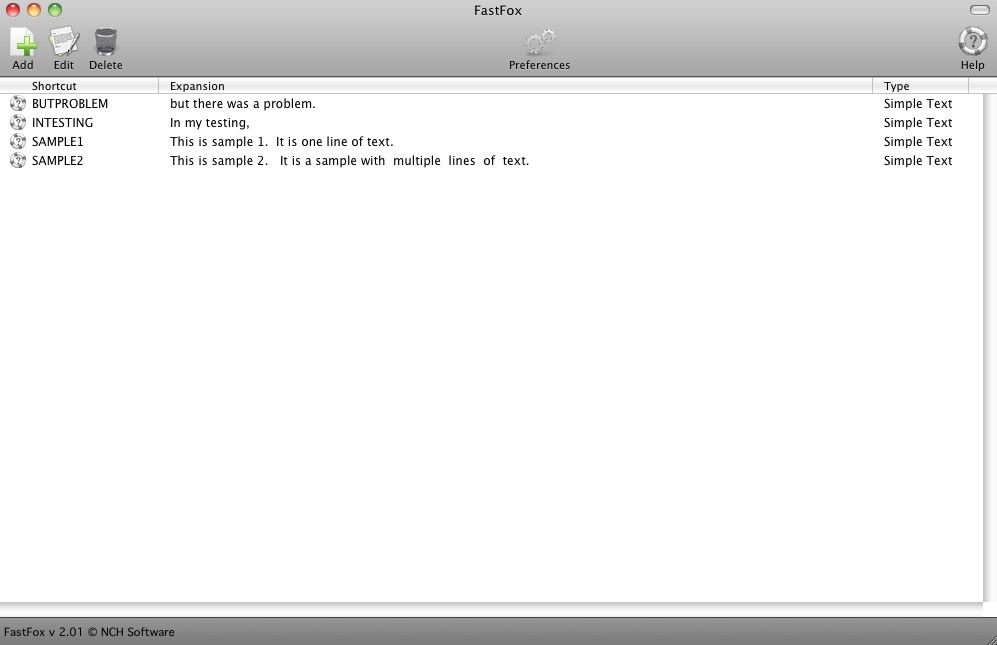 DashExpander
DashExpander is a snippet abbreviation expander. It saves you from typing countless keys for frequently used pieces of text. Abbreviation Expansion supports placeholders which can be edited before pasting, without disrupting your work.
Features:
- Collect text snippets that you reuse often.
- Sync by saving your library in Dropbox.
- Placeholders can be edited before pasting.
- Abbreviations are expanded wherever you type them.
- Tag Cloud scales tags based on usage count.
- Built for speed. Searching is almost instant.
- Menu item application, always one keyboard shortcut away.
- Multi-Touch Gestures.Special Snippet Placeholders:
- @clipboard expands into the contents of the clipboard.
- @cursor repositions the cursor after expansion.
- @date expands into the current date.
- @time expands into the current time.
Note to developers and designers: you should check out Dash, which has all of DashExpander's features, and more.
Details
Wunderlist – To-Do & Task List
Wunderlist is an incredibly awesome task manager service. It allows you to create task lists and then access them from a variety of devices. You can access wunderlist on any modern web browser, but there are apps for the Mac, Windows, iPhone, iPad and Android.
Details
Chaperone - Task Tracking
Chaperone - Task Tracking is a program designed for Mac users who wish to keep track of the amount of time they spend working on certain chores. This application helps you stay focused on one assignment at a time by associating tasks with utilities installed on your computer.
Details
QuicKeys
QuicKeys is a very interesting shortcut creator and manager that will allow you to automate your actions while using your MAC.
QuicKeys will enable you to increase your productivity through Abbreviations and Shortcuts features. The "Abbreviations" feature will enable you to create auto-complete links. In short, QuicKeys allows you to insert certain predefined word abbreviations into any text file that will be automatically replaced with the predefined longer text. This feature is especially useful for any user that has to insert the same information repeatedly in text files. The "Shortcuts" feature allows you to create a succession of steps that perform specific tasks on your computer. You can define each step to do a specific action on your computer thus helping you save precious time and energy. QuicKeys also allows you to configure the hotkeys that will trigger (activate) a certain shortcut.
Details
Twobird
Twobird is intended to manage your email while facilitating some planning and collaboration features. There is an evident attempt at simplifying the management of your email inbox, mainly through a streamlined interface. In this respect, I have no doubt most users will feel quite comfortable with its GUI from the very start.
Details
Arabic Genie
Work with Arabic texts in the special word processor supporting data import, conversion, and extensive editing. The program also enables using Arabic texts in third-party applications without the default support for Arabic. Unicode and non-Unicode fonts like AXT, AF, ACS, MCS, FS, and others are supported.
Details