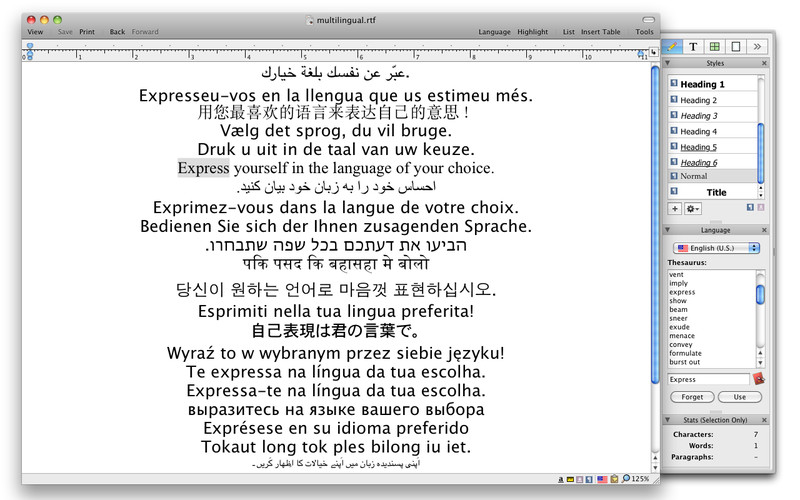 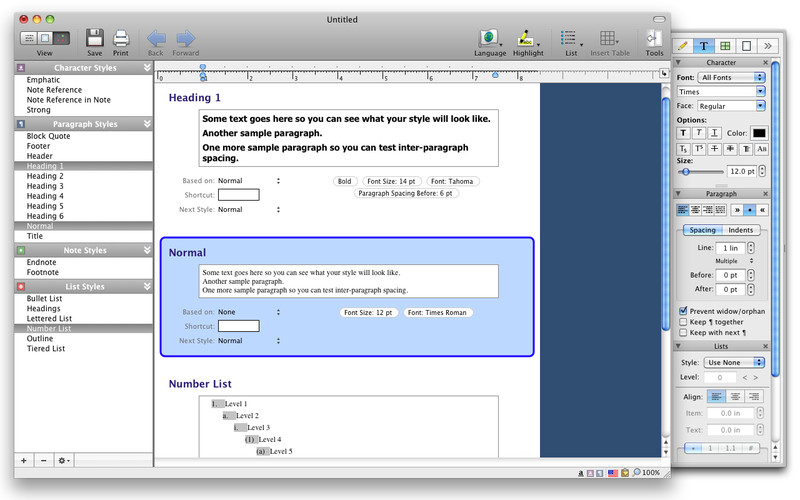 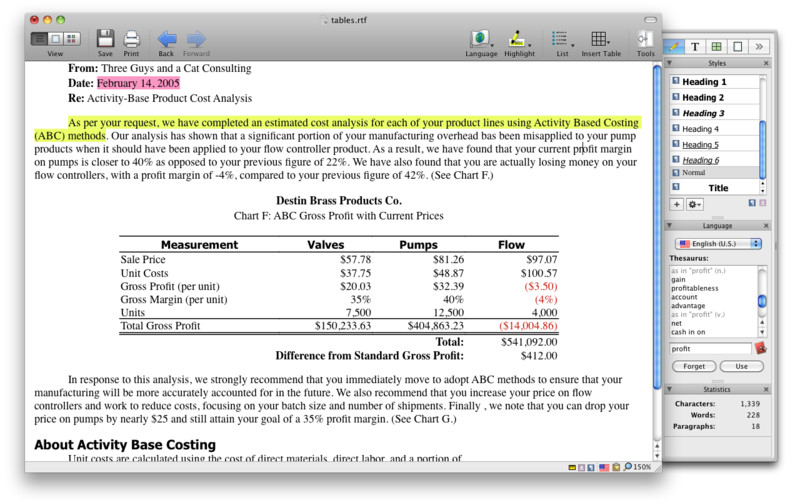 Arabic Genie
Work with Arabic texts in the special word processor supporting data import, conversion, and extensive editing. The program also enables using Arabic texts in third-party applications without the default support for Arabic. Unicode and non-Unicode fonts like AXT, AF, ACS, MCS, FS, and others are supported.
Details
Nisus Thesaurus
Nisus Thesaurus is a simple educational application for Mac that offers a simple way to look for word explanations, synonyms, and antonyms. The program provides you with a straightforward interface, immediately offers you the results you need, and uses a small amount of CPU resources in the process.
Details
Microsoft Office 2011
Microsoft Office is a commercial office suite, consisting of a number of interrelated applications and services. It is one of the best-known and best sold Microsoft products, which was first brought to the market in the far 1989, and since that time has been the most widely used office suite in the world.
Oddly enough, the first Mac version of the suite was first introduced by the Redmond company even before Microsoft Office for Windows was released. It is accounted for the fact that the then suite components, Microsoft Word (text-editing software), Microsoft Excel (spreadsheet application), and Microsoft Power Point (presentation software) had been initially designed for the Mac platform.
The current version of Microsoft Office for Mac is Microsoft Office for Mac 2011, which was released in 2010.
Its functionality is somewhat limited as compared to Microsoft Office 2010 on the Windows platform. So, there is no support for right-to-left languages, like Hebrew and Arabic, or no support for .ODF file format.
Still, a great number of features and applications that were dropped in the previous suite versions have made a comeback in Office 2011. So, Entourage has been finally replaced with the good old Outlook (re-written in Cocoa, a Mac programming language), and Visual Basic for Applications is there again, allowing the users to automate many routine tasks.
A major interface change, marking this Microsoft release, is ribbons, successfully implemented in Microsoft Office 2007 for Windows. This GUI is designed in a more intuitive and logical way than the old one, because all the features and options a user can need while working on an object in, say, Word or Excel, are now gathered in one place and not scattered across oodles of obscure tabs and menu options, which required a fair amount of experience from us.
The cons of this release include old formating issues that users face when editing .docx and .xlsx files in free office suites. If you change a single character in files of those formats in suites like LibreOffice, then prepare to see a completely scrambled formating back in Microsoft Office. Oddly enough, files created in LibreOffice do not face such issues when opened in Office.
Another noteworthy drawback of Microsoft productivity suite is its price. A Home&Student edition copy, including three core programs (Word, Excel, and Power Point), costs whooping US$124.99, and the Home&Business edition one (with addition of Outlook) costs US$279.99.
However, despite all these drawbacks, Microsoft Office is still the best productivity suite for the Mac platform, available on the market. Its range of features and usability are unsurpassed and guarantee the user a smooth and pleasant usage experience.
Details